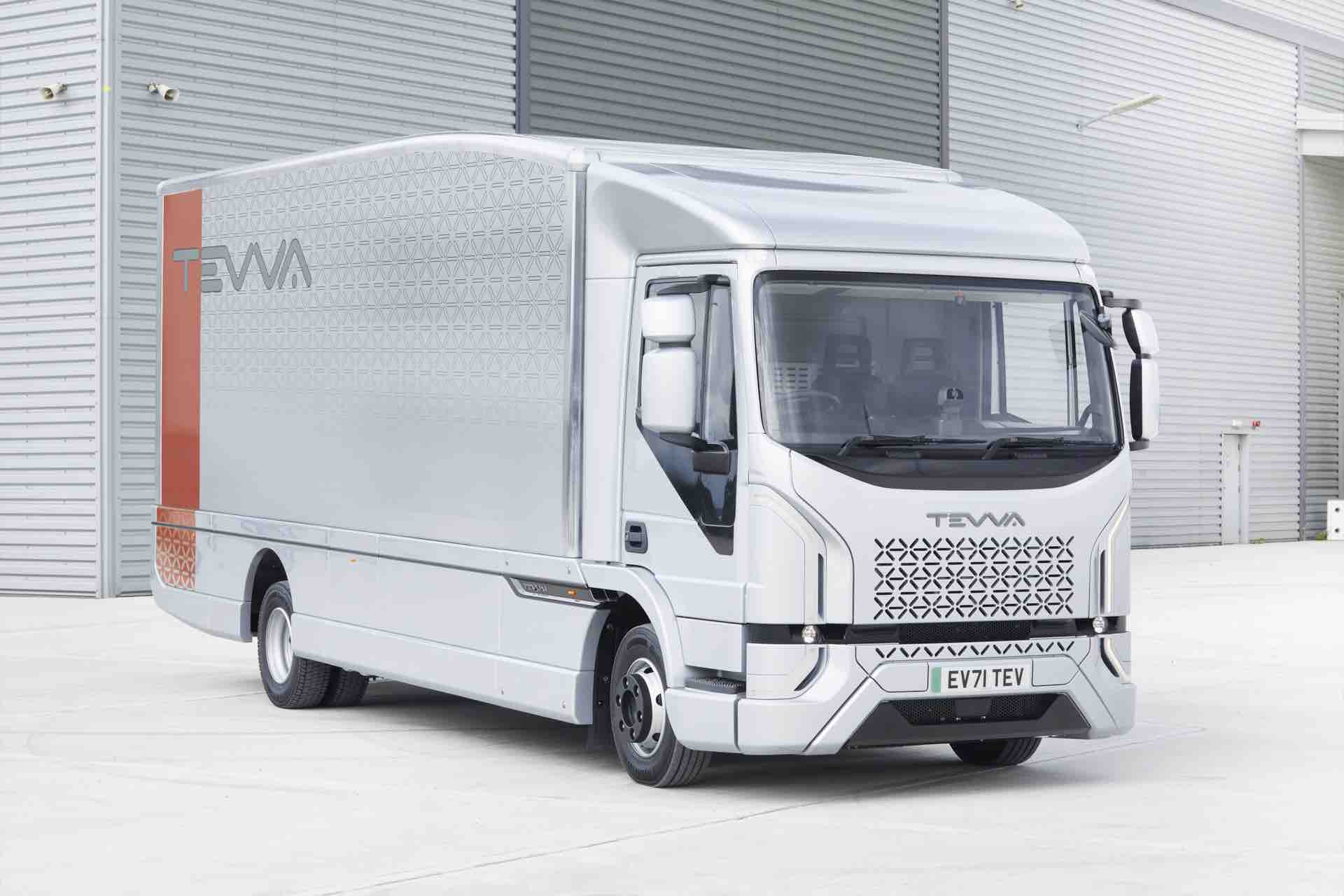 Tevva, which bills itself as a company that builds “real world trucks fighting the real world climate crisis”, does not provide any details about the specifics of the battery being used, but it does provide important details about its patented range extender technology (REX), which has been upgraded to use hydrogen fuel cells.

Though its REX technology will not be available for delivery until 2023, Tevva believes that its compact hydrogen fuel cells will recharge the Tevva Truck’s battery while on the move, allowing the truck to be able to fulfil longer duty cycles and carry heavier loads further.

“But meaningful change is a gradual process, it must happen one step at a time, even if those changes are needed in fast succession.

“The Tevva Truck provides a natural transition into electrification for fleet managers, providing total peace of mind and a compelling total cost of ownership proposition, with no compromise on range and reliability and minimised compromise on payload.”

Able to carry up to 16 euro pallets and over two tonnes payload at 7.5-tonnes Gross Vehicle Weight, the Tevva Truck is the company’s third generation vehicle with a total cost of ownership comparable to that of a diesel truck – with parity achieved at approximately 3,000-kilometres, or when 500-litres of diesel is consumed per month.

Production of the Tevva Truck is expected to begin in July 2022, and pre-orders for the BEV-only model can be made now, with delivery expected in the third quarter of 2022.