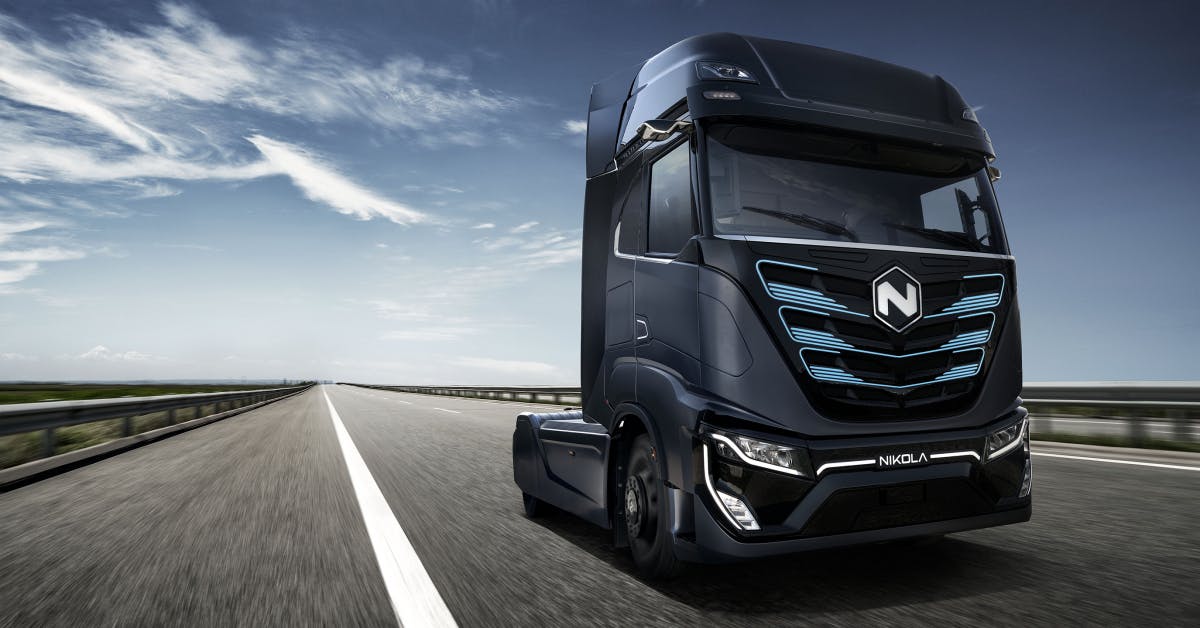 Electric truckmaker Nikola has been a rollercoaster ride for investors since its June 2020 public listing, seeing an early share price surge then a precipitous drop after its founder was accused (and later indicted) of lying about the company’s technology and market readiness. Yet throughout 2021 Nikola has piled up a string of strategic partnerships and new deals that suggest CEO Mark Russell may be winning back some lost ground.

This week the company said it has an initial agreement to supply 100 fuel-cell semis and fuel to Pennsylvania-based PGT Trucking, Nikola’s biggest potential order for hydrogen trucks in more than a year. Fuel cell Tre big rigs could start shipping to PGT in 2023, the companies said. That followed a new partnership this month with Canadian pipeline operator TC Energy to set up high-volume hydrogen fuel hubs, after Nikola previously said it would also develop hydrogen stations with OPAL Fuels, a provider of renewable natural gas. In April it formed a hydrogen pipeline alliance in Europe with commercial vehicle maker IVECO and natural gas distributor OGE.

“After a tsunami of bad news the Nikola ship is starting to stabilize,” says Dan Ives, an equity analyst for Wedbush Securities who has a Neutral rating on the company’s shares. “Nikola has done a commendable job the last six months with this flurry of partnerships.”

Under founder Trevor Milton, Nikola styled itself as an industry disrupter along the lines of Elon Musk’s Tesla, seeking to shake up the traditional trucking with futuristic battery- and hydrogen-powered vehicles that emit no tailpipe pollution. Milton, who resigned in September 2020 following accusations of fraud, also kept adding businesses for Nikola to enter beyond semi-trucks and making hydrogen from low- and no-carbon sources. Those included hydrogen-fueled pickups, electric trash trucks, all-terrain vehicles and personal watercraft. Following Milton’s departure, CEO Russell eliminated those new businesses and has kept the focus on getting Nikola Tre and Two semis into production and ensuring the company can supply all the hydrogen customers like PGT and Anheuser-Busch will need.

Milton pleaded not guilty to criminal fraud charges brought by federal prosecutors in July over fraudulent statements in public appearances and on social media that misled investors. To date, no other Nikola executives have been charged with wrongdoing, though Milton’s legal issues continue to weigh on public perceptions of the company.

While Russell has said Nikola will likely deliver a few dozen battery-powered Tre trucks by the end of 2021, built at a new assembly it operates in Ulm, Germany, with commercial vehicle partner IVECO. The company aims to begin higher volume production in 2022 when it also begins making electric Tres at its new Coolidge, Arizona, plant. Production of fuel cell Tres is to start at Coolidge around the end of 2022 and build up throughout 2023.

“For 40 years, PGT Trucking has focused on revolutionizing and refining our core competency through technology innovation,” President Gregg Troian said in a statement. “It is the forward-thinking and strategic partnerships, like we have with Nikola, that allow us to cultivate transportation advancements. This partnership will give us the opportunity to offer progressive transportation solutions to our customers, while aligning with corporate-driven sustainability initiatives, and reducing their carbon footprint using innovative energy sources.”

Anheuser-Busch, which is waiting to take delivery of 800 Nikola trucks, is to get the very first hydrogen fuel-cell models the company produces. It will lease a combination of Tre models, with range of up to 500 miles per fueling, and Twos, which Nikola has said will travel up to 900 miles on a single fueling of hydrogen. And although Anheuser-Busch is set to be a core customer, it isn’t the single-biggest future customer—though the company isn’t disclosing who is waiting for more trucks.

Nikola’s business model is based on long-term leases of its trucks to fleet operators that include fuel as part of the prices. Bosch is its main technical partner supplying advanced fuel cells for its trucks while Nel Hydrogen is supplying electrolyzers Nikola will use to generate hydrogen at its initial fuel stations. The company also announced plans this year to create hydrogen fuel stations with truck stop powerhouse TravelCenters of America.

“Nikola continues to make great progress to accelerate the adoption of (fuel cell electric vehicles) through its integration of purpose-built vehicles, energy solutions and the sales and service network required to support customers,” said Pablo Koziner, Nikola’s president of energy and commercial operations.

Rather than storing electricity as batteries do, fuel cells make it as needed in an electrochemical process involving hydrogen and oxygen that emits only water as a by-product. Nikola is far from alone in pushing hydrogen to power heavy-duty vehicles. Toyota, Hino, Hyundai Motor, Volvo, Daimler, Cummins, General Motors and Navistar have their own hydrogen-fueled plans. The companies say the technology is better suited for heavy trucks that drive hundreds of miles per day than multi-ton batteries, such as those required by Tesla’s long-delayed electric Semi, as the fuel cell powertrain is lighter and can be refueled about as quickly as a diesel truck.

“Hydrogen trucking is a massive market with players such as Nikola and Hyzon among others going after this long-term TAM,” says Ives.

Nikola shares rose 1% to $11.31 in midday Nasdaq trading on Friday. The company is to provide a business update on Nov. 4 when it releases third-quarter results.