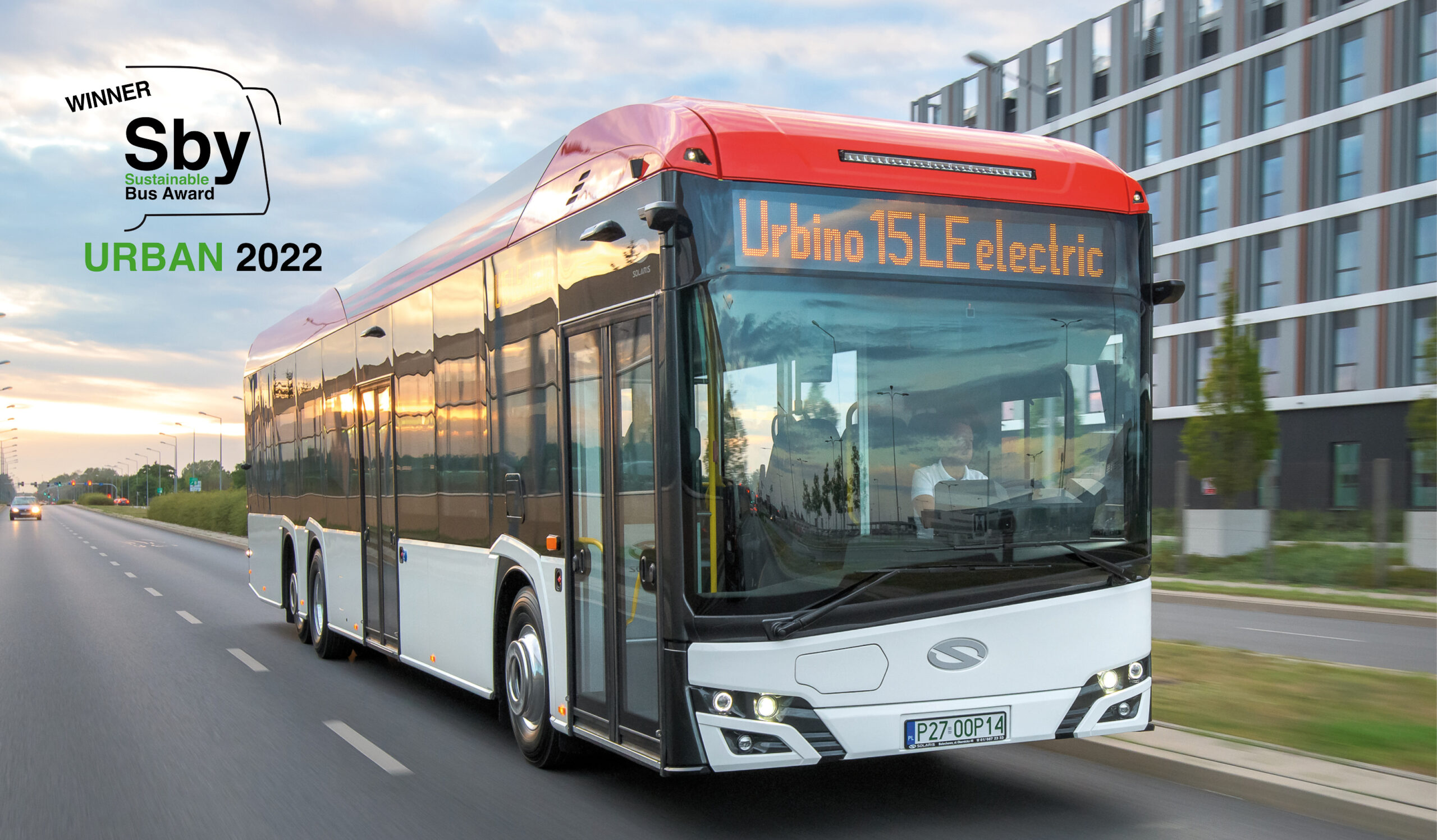 “We feel honoured that our Solaris Urbino 15 LE electric bus has been recognised by the jury of this prestigious competition. Innovative public transport opens up completely new possibilities to us: clean air, quiet streets and no unpleasant noise. This is becoming a reality for an increasing number of towns and cities that are both people- and environmentally friendly. We are very glad that Solaris’s contribution to safe, publicly accessible, sustainable transport is increasingly being recognised”, said Mateusz Figaszewski, E-mobility Development and Market Intelligence Director at Solaris Bus & Coach at the prize-giving ceremony.

The jury drew particular attention to the three-axle structure of the Solaris Urbino 15 LE electric bus, which provides more comfort and driving stability. Additionally, the fact that the bus can be adapted both for city and intercity transport was recognised. No less insignificant was the extensive equipment installed in the vehicle, i. e. a wide array of state-of-the-art electronic safety features, including the possibility of real-time fleet monitoring. This 15-metre electric bus is fitted with six packs of traction batteries with a total capacity of 470 kWh to be charged both by plug-in and pantograph chargers.

The 15-metre electric bus was launched in October 2020. The vehicle has already received the “Sustainability Award 2021” for “the best electric bus”, awarded by the trade magazine “busplaner”.